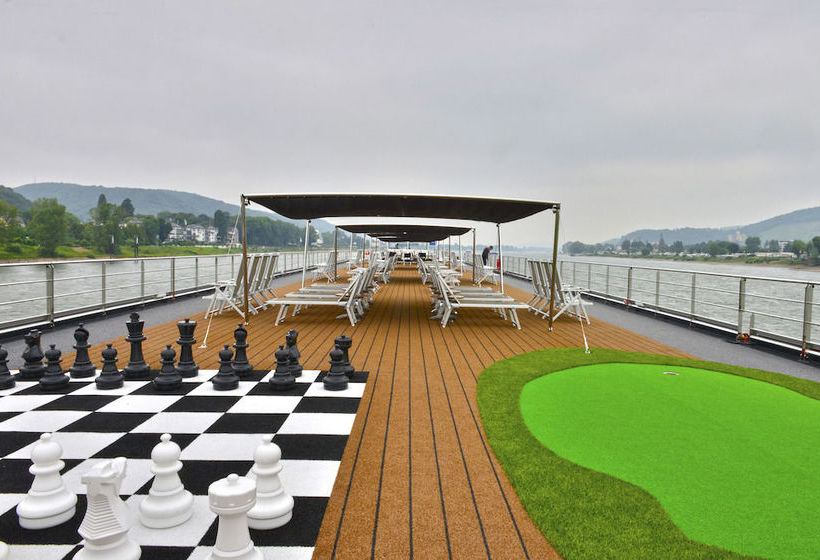 This vessel pulls anchor and sets sail from Cologne for at least part of your stay.  . Relax at the full-service spa, where you can enjoy massages. After practicing your swing on the golf course, you can enjoy other recreational amenities including a health club and a lazy river. Additional features at this Mediterranean cruise ship include complimentary wireless Internet access, concierge services, and a hair salon. Guests can catch a ride to nearby destinations on the complimentary area shuttle. Featured amenities include express check-out, complimentary newspapers in the lobby, and a 24-hour front desk. A roundtrip airport shuttle is complimentary during limited hours. Make yourself at home in one of the 94 air-conditioned rooms featuring minibars and LCD televisions. Complimentary wireless Internet access keeps you connected, and cable programming is available for your entertainment. Private bathrooms with showers feature complimentary toiletries and hair dryers. Conveniences include safes and desks, and housekeeping is provided daily.