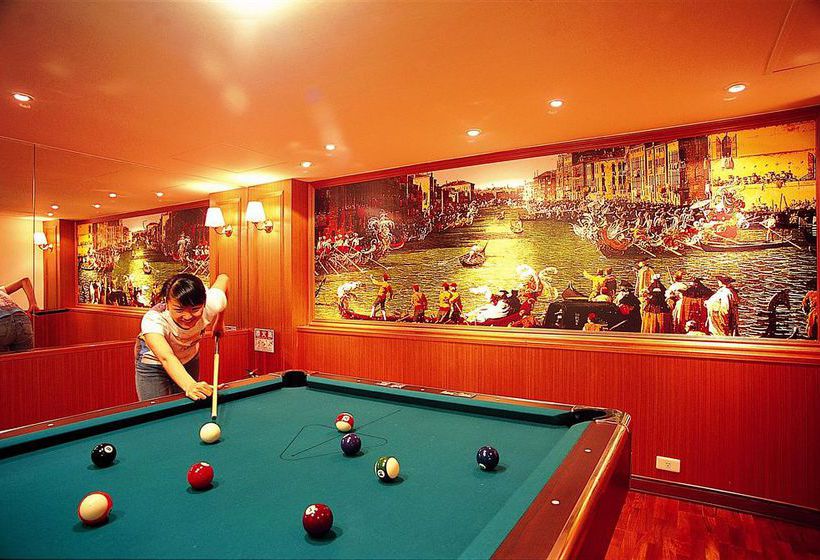 A stay at Grand Boss Hotel places you in the heart of Yilan, steps from Yilan Dongmen Night Market and close to Yilan Zhongshan Park. This hotel is within close proximity of Yilan Confucious Temple and Jhao Ying Temple. Take advantage of recreation opportunities such as a fitness center, or other amenities including complimentary wireless Internet access and an arcade/game room. Featured amenities include complimentary high-speed (wired) Internet access, a business center, and complimentary newspapers in the lobby. A train station pick-up service is provided at no charge, and free self parking is available onsite. Make yourself at home in one of the 46 air-conditioned rooms featuring refrigerators and LCD televisions. Complimentary wireless Internet access keeps you connected, and cable programming is available for your entertainment. Private bathrooms with shower/tub combinations feature complimentary toiletries and hair dryers. Conveniences include phones, as well as safes and desks.