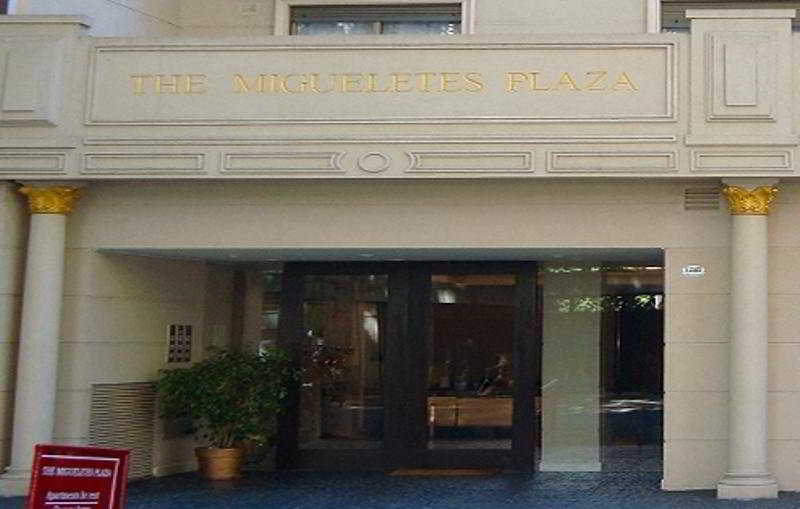 Located in Buenos Aires (Palermo), The Migueletes Plaza is minutes from University of Belgrano and El Solar de la Abadia Mall. This aparthotel is close to Estadio Monumental and University of Buenos Aires. Take in the views from a rooftop terrace and make use of amenities such as complimentary wireless Internet access and wedding services. Featured amenities include complimentary high-speed (wired) Internet access, a 24-hour business center, and complimentary newspapers in the lobby. A roundtrip airport shuttle is provided for a surcharge (available on request). Make yourself at home in one of the 15 air-conditioned rooms featuring kitchens with refrigerators and stovetops. Wired and wireless Internet access is complimentary, and LCD televisions with cable programming provide entertainment. Conveniences include phones, as well as laptop-compatible safes and desks.

Hotels near Hotel The Migueletes Plaza